Main / Articles / Bitcoin transaction is not confirmed, what to do?

Bitcoin transaction is not confirmed, what to do? 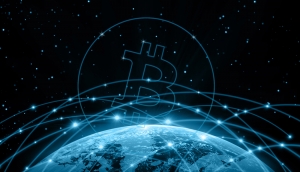 Last few months Bitcoin transactions take an abnormally large amount of time. So one operation of transferring Bitcoin with 3 confirmations can take from several hours to several days.
For Bitcoin transfer user pays a fee for its performing, which is assigned automatically or set manually. Generally, this amount ranges from 0.0001 to 0.0005 BTC

Each operation in blokchain network must be confirmed at least 3 times. That commission which user gives for a transfer affects the speed of bitcoin transfer confirmation.
Earlier translations, even with zero commission carried out fairly quickly, but now the situation has changed dramatically. Delay of the transaction confirmation is related primarily to the manifestation of interest in new users and the increased load on the network, power of it is actually not enough to produce enough resources for confirmation all Bitcoin transfers fast. Bitcoin can continue to work for most of this year's a lack of resources. Accordingly, among all transactions first thing to confirm the ones with higher commission, and then those with less.

We would like to note that the timeout blockchain is 48 hours. If during this time there was no confirmation of the transfer, Bitcoin will be returned to sender.

Technical details:
The moment of Bitcoin confirmation occurs when a new block is created by miners. Each block is created in about 10 minutes, and it takes the size of 1 MB. But because of the increased load the amount of operations exceeds the size of 1mb. There are ways to solve this problem, increase the size of this unit, but this is opposed by the developers of the system. In consequence of ordinary users have to be satisfied with what they have.

How to speed up the transfer time of Bitcoin?

We recommend to set thr commission for the rapid confirmation of BTC payments of 1 $ or 0.0007 BTC. Transfers with such fee usually processed within 10-15 minutes.