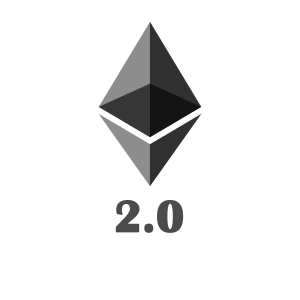 Despite its full potential, Ethereum has significant limitations. Network scalability has been on the agenda for a long time. If Ethereum claims to be the main cryptocurrency for the new financial system, it needs to process more transactions than it currently is. Given that the network is distributed among users, scalability is an extremely difficult issue, and the developers of Ethereum have thought about it since the very creation of the cryptocurrency.

First of all, restrictions on the operation of network nodes were taken as a basis. The higher the bar is set, the fewer knots will be able to match it. Consequently, the network will be more centralized. The increase in the number of transactions that Ethereum will process can threaten the integrity of the system, as it will increase the load on the nodes.

Secondly, the work of Ethereum (and other Proof of Work cryptocurrencies) is an incredibly resource-intensive process. To successfully find a block in, huge mining costs are required.

To address these limitations, a set of updates have been proposed, known as Ethereum 2.0 (or ETH 2.0). Network performance should improve significantly after full deployment of ETH 2.0 Ukrainian Bitcoin exchange Casherbox is monitoring the development of the situation in the update of the second cryptocurrency and tried to deal with the new implementation.

Ethereum 2.0 is a major upgrade to the current public Ethereum network designed to accelerate the use and adoption of Ethereum by improving its performance.

Ethereum 2.0 is nothing new. The transition in consensus, from Proof of Work to Proof of Stake, has been discussed since the inception of the cryptocurrency.

Ethereum 2.0 is a planned network upgrade that was introduced after successfully testing past Ethereum protocol upgrades: The Ethereum 2.0 update is especially important due to the introduction of the Proof of Stake consensus mechanism, which can transfer the entire network from the existing Proof of Work.

Proof of Stake (PoS) is the most significant change in Ethereum 2.0 as it reformed the cryptoeconomic incentive structure for blockchain validation. Ethereum's current architecture is supported by the Proof of Work (PoW) consensus mechanism.
Proof of Work is well known to the blockchain community: it is the architecture used for the most commonly used blockchains today, including Bitcoin, Ethereum, Litecoin and others. In Proof of Work, miners launch nodes and expend computational energy to solve complex math problems in a competition to mine the next block.

The time and money required for miners to run equipment and consume electricity in PoW chains is confirmed by a block reward that is distributed among miners who successfully mine a block. PoW chains are extremely secure; The combined computing power required for a human to crack a well-established PoW blockchain like Bitcoin or Ethereum would cost a lot of money and might not even exist.

While PoW blockchains are extremely secure, they suffer from scalability and availability issues.

Scalability: Since each block is mined sequentially and a limited amount of data can be written in each block (a dimension known as block size), Ethereum can only process a limited amount of information in a given amount of time. If the number of pending transactions exceeds what can fit in a block, then the remaining transactions must wait for the next block, and so on. This scalability issue will be addressed by implementing sharding [see. Below] in the PoS network.

Affordability: PoW miners have played a fundamental role in creating and sustaining the growth of decentralized technology that we have witnessed over the past decade. Although PoW blockchains are functional, the barriers to entering a miner are quite high. An individual must purchase and install all the necessary equipment. To make a significant profit on block rewards, this person will probably also have to live in a region with lower electricity costs.

One notch lower, energy costs for businesses and corporations are often reduced, which means that a miner looking for maximum profitability will also have to start a company and acquire enough mining hardware to justify their efforts. Some of the largest mining conglomerates are ahead of most regular blockchain users by actually participating in the maintenance of the network, leading to the centralization of miners. In Ethereum 2.0, one of the goals of PoS is to level the playing field for more individual validators so that they can participate while earning the overall profit from maintaining the reliability of the network.

Proof of Stake replaces the two main components of PoW (miners and electricity) with validators and an Ethereum 2.0 bet. Generally speaking, validators replace miners as individuals who maintain a consistent state of the network and are rewarded for randomly choosing the next block of data. Unlike PoW, in which miners expend physical energy (called hash power) by burning electricity to validate blocks, PoS validators allocate 32 ETH as a skin in the game.

If a validator fails to stay online and perform its fair share of computational responsibilities, its block reward will moderately decrease to encourage validators to stay online as consistently as possible. If the validator maliciously attempts to compromise the network (Check Wrong Data History), all or part of their 32 delivered ETH will be debited to the network.

Crypto economic incentives against attackers are stronger in a PoS network. While in PoW the economic risk of a failed attack is equal to the cost of electricity to achieve the required hash power, in PoS the cost of launching an attack is equal to the amount of ETH delivered, and hence the penalty. The likelihood that an individual will be more dangerous to directly risk money in the form of a bet on a cryptocurrency to launch an attack is higher than with a more abstract cost of electricity. While a failed PoW attack results in a loss of energy costs, a reduction in the share of a validator is the PoS equivalent of a miner burning an entire PoW server farm in a failed attack. In short, the economic incentive to act in the best interests of the network is stronger. While becoming a validator has a lower barrier to entry than becoming a miner simply by eliminating hardware costs, the fact is that few people own 32 ETH or are willing to risk putting almost $ 6,000 (~ $ 190 / ETH at the time of this letters). In addition, little is known about the number of stakeholders technically savvy enough to manage and manage a client without the risk of downtime and potential cost cuts.

There are two solutions to entry barriers currently pending on Eth2. To overcome the technical knowledge associated with managing their own customer, companies are starting to offer staking services that will help them manage the customer experience for a person who bets 32 ETH in exchange for a small commission. If the owner of ETH is willing or able to stake less than 32 ETH, he can join a betting pool in which his funds are combined with others to reach the required 32 ETH. Thus, her reward will be proportional to her total contribution.

Proof of Stake will be launched in the first phase of the Ethereum 2.0 update, known as Phase 0.

Ethereum 2 will be rolled out in phases. The first will be stage 0 in 2020. It will launch the Ethereum 2.0 beacon chain. The blockchain will implement Proof of Stake and will manage a ledger of validators that will start validating Ethereum 2.0 blocks.

To run the initial block and the ETH 2.0 network as a whole, you need at least 524,288 ETH, split between at least 16,384 validators (these numbers were chosen to ensure sufficient security and decentralization). Staking rewards will not be distributed until this threshold is reached, which is partly the reason for some altruistic behavior among early Phase 0. [For an account of what ETH holders are thinking about when deciding whether to stake their ETH, see ConsenSys Codefi's Ethereum 2.0 Hosting Report].

As the beacon chain goes live and PoS is implemented, the original Ethereum PoW blockchain will continue to exist. In fact, the beacon chain will not be particularly useful for most Ethereum users during Stage 0; it will not be able to process transactions, execute smart contracts, or host decentralized applications. This is specifically done to ensure that Proof of Stake undergoes rigorous testing as a live, working network before decentralized applications and users start making millions of transactions on a daily basis. To ensure that the launch of Ethereum 2.0 does not disrupt the existing Ethereum ecosystem, the original Ethereum 1.0 blockchain will continue to run in parallel and receive updates in Phase 0. In Phase 1.5, the two blockchains will merge for continuity and one single. Ethereum network.

The estimated time frame for the implementation of Phase 1 is a year after the launch of the zero phase. Phase 1 improvements will include the implementation of shard chains as well as new scalability solutions. Segmentation will result in the division of the blockchain into 64 separate chains - chains of segments that work and interact with each other. Sharding will provide scalability, allowing Ethereum to process multiple transactions in parallel, up to 64 blocks at a time. At the moment, Ethereum can only process one sequential block at a time. If dozens of simultaneous chains interact with each other, the load will be distributed across blocks that are processed simultaneously.

Phase 1.5. there will be a merger of PoW Ethereum with the new PoS chain. The main Ethereum blockchain will be transferred to Ethereum 2.0 and will exist as one of 64 segment chains along with a chain of beacons, which means that the cryptocurrency will not be interrupted for a second.

ETH holders will not have to undergo any token transfer or exchange between Ethereum 1.0 and 2.0; rather, they will be able to use their ETH seamlessly on Ethereum 2.0, with no additional work expected on their part or the risk of their ETH becoming obsolete. While the history of the original PoW chain will still exist, it will no longer need to maintain a PoW consensus mechanism; it will work like any other PoS shard on Ethereum 2.0.

At the moment, the least marked in comparison with the zero and the first phase. Although we know for sure that with the successful implementation of POS and sharding, phase 2 will provide an opportunity to create ETH accounts, transfers, sell ethereum and ETH deposit, execution of smart contracts.

The Ethereum blockchain will not evolve after Phase 2. In the years after Phase 2, there will be more opportunities to increase the reach and functionality of the Ethereum network. To get a sense of Ethereum's long-term future, check out Vitalik Buterin's post on the Ethereum roadmap.

Ethereum 2.0 is highly anticipated and widely discussed in the blockchain ecosystem. Proof of Stake and sharding will dramatically improve scalability, security, and availability. For ETH coin holders, Ethereum 2.0 provides a new opportunity to participate and receive rewards for maintaining the network. For those looking to launch their own 32 ETH validator, use a third party vendor to host their 32 ETH, or pool their funds with others, the Ethereum ecosystem will host a range of products and solutions including ConsenSys PegaSys. and the Codefi commands.