Main / Articles / How to legally withdraw Bitcoin in Ukraine

How to legally withdraw Bitcoin in Ukraine 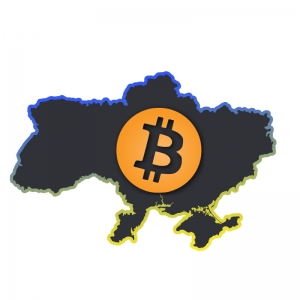 Interest in cryptocurrency in Ukraine appeared immediately after its appearance in 2011. It was Ukrainians who were the pioneers in mining, only then China took the initiative. At the moment, we see the rapid development of the cryptocurrency infrastructure in Ukraine. A cryptocurrency network is developing, exchangers and places where Bitcoin is accepted more and more.

Is it legal to work with bitcoin in Ukraine?

In Ukraine, cryptocurrency is not a means of payment, electronic money or currency. This has already been disassembled and explained by the National Bank of Ukraine more than once. Cryptocurrency exchange transactions are not subject to regulation by the national bank, and also do not have separate laws that would regulate operations in this area.

In accordance with Ukrainian law, everything that is not prohibited by law is permitted.

Analyzing the current laws, we can conclude that none of them prohibits operations with bitcoin or other crypto assets, does not oblige to license exchange activities, purchase and sale of cryptocurrencies.

Is it legal to cash out bitcoins?

Activities from the withdrawal of bitcoins into cash falls under the usual entrepreneurial activity. In other words, you can buy and sell BTC as an individual for personal use only. However, in order to cash Bitcoin for profit, you must open a legal entity. In this case, BTC coins will be regarded as goods, and the entrepreneur must keep records in accordance with the chosen entity and reporting regulations, annual limits.

How to sell Bitcoin legally in Ukraine?

The procedure for withdrawing bitcoin in Ukraine should include some precaution both from the legal side and with the choice of an exchanger. As you know, in Kiev it is impossible to go to the bank and withdraw money from BTC due to the fact that banks still do not work with cryptocurrencies.

The choice of a place where it is legal to cash Bitcoin comes down to: From the side of the law, even the circulation of cryptocurrencies and work with them are not prohibited - no one has canceled taxes.

From the income received, it is necessary to pay taxes to the state: However, in this field it is very difficult to determine the profit. Cryptocurrency rates vary every day and on different exchanges can vary significantly even within the same day. Also, the difficulty lies in the fact that it is impossible to buy bitcoins on a local exchange through a bank in order to record the expense of the enterprise and the cryptocurrency purchase rate. Basically, everything is designed for honesty and responsibility of the payer to the state. Also, Bitcoin exchangers do not transfer tax information about their customers. It is necessary to calculate and pay taxes in Ukraine independently.

It is possible to legally withdraw Bitcoin in Ukraine in any safe Ukrainian crypto exchanger with the manifestation of consciousness and payment of taxes on income generated from this operation.

Do not forget that Ukraine is far from ideal for doing business. Even with proper reporting and full compliance with the requirements of the law, regulatory authorities always have a reason to illegally take money. Usually this is done under the guise of searches of a deliberately invented corpus delicti or even in its absence (it happens so). It is also important after the exchange of bitcoins to store money in a safe place or on a card (no matter how strange it sounds). It is more difficult to get access to funds in a bank in a fictitious case than to come and pick them up physically with a written praise for a search. We hope that in the near future a law on the regulation of cryptocurrencies will be adopted and everything in this field of activity will be completely interpreted by legislation, however, it is still possible to legally sell bitcoins for cash using the CasherBox service.
go to articles list