Main / Articles / How to Wire Money Through Western Union

How to Wire Money Through Western Union 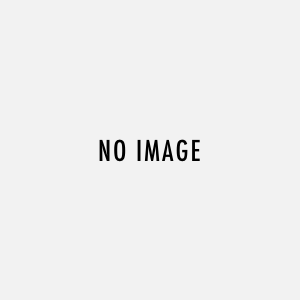 There are different options of wiring money through Western Union depending on the time within which the money will be delivered and the reception platform. These are Money in Minutes (when one needs money to reach the receiver in a short while), Next day Service (money is picked up or loaded onto a card after a day), To a Mobile phone (when the receiver is a in a country where Western Union has partnered with a mobile money transfer service, they can send money directly into the receiver’s phone), To a Bank Account (money is send directly into the receiver’s bank account) and to an Inmate (sending money into the account of an inmate and they can receive it the same day the money is sent).

Firstly, when wiring money through Western Union the sender needs to search for an agent near them. Secondly, the sender must fill in a form on the “send money” section and then select any of the above options on when and how they want the receiver to get the money. Thirdly, the sender needs to give the agent the filled form and the amount to be sent. The money given includes the transaction fee which varies with the amount being sent. Alternatively, the sender can pay using a US-issues debit card. The receiving officer generates a receipt bearing a tracking number (MTCN) which they are supposed to share with the receiver. The slight differences come in when sending money directly to a mobile phone. When sending money to be received by via a mobile money transfer service, they need to check the available destination countries and mobile providers.

In order wire money via Western Union online, the following are the steps to be followed. The first step is the creation of a profile by registering on Western Union website. Secondly, you start a transaction by entering a destination and the amount you wishes to send. Thirdly, choose “cash” as a delivery method. Fourthly, pay or load money into the account using MasterCard, or visa cards. One can also pay through bank transfer. A confirmation email with the transaction number (MTCN) is contained in the email and you should share the number with the receiver because they need to provide it when receiving the money.

As a client of Western Union you receive money in cash, in your bank account, on your prepaid card or on your phone. When receiving the money in cash, you need to visit an agent and show a government-issued ID as well as the MTCN number received from the sender. In order to load money onto a Western Union prepaid card, you call the number at the back of the card or log in to the card account. When wiring money through Western Union and the money is meant to be received into a bank account or a mobile phone, the receiver does not need to do much besides confirming that they are the actual recipients of the money.