Main / Articles / Litecoin will be anonymous

Litecoin will be anonymous 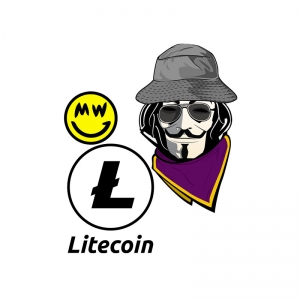 The possibility of hidden transfers will be implemented through the introduction of sidechain, which will work on the MimbleWimble protocol.

This protocol was published back in 2016 and is already used in cryptocurrencies such as Beam and Green. The essence of the algorithm is to confuse the history of transfers on the network as much as possible and make transaction tracking impossible. The second significant change will be the introduction of sidechain on EB blocks. This innovation should solve the problem of network scalability, process a much larger volume of transactions without a long wait for transaction confirmation, as it happens now when the payment pool is overloaded, and also reduce the commission for operations.

Details of the protocol update are uploaded by developers on GitHub and are awaiting approval by the crypto community.

A key feature of the MimbleWimble protocol is the ability to delete some of the unnecessary information about operations in the blockchain over time, thereby reducing the weight of the entire blockchain. This makes it possible to load the entire network node to more people and eliminates the need to download 200-300GB of unnecessary data. Litecoins EB-sidechain will work in parallel with the main blockchain. All hidden network transactions will fit in it without affecting the main chain. There will be a kind of analogue of the Lightning Network on the Bitcoin. This method of innovation has a huge plus: there is no need to do hard fork, all the improvements can be implemented with little blood.

Litecoin Foundation, led by Charlie Lee, made a proposal to introduce these changes within a year from the date of code publication. It is also possible to implement upgrades earlier if miners support them with at least 75% of the vote.

Two unresolved issues remain: The reaction of financial regulators to such introductions is incomprehensible. Also, after the introduction of anonymity, LTC may follow the fate of Zcash and Monero, when one by one they began to delist the exchanges for fear of sanctions from financial regulators. It is worth noting that the Litecoin project itself is constantly being improved and does not stand still. This leads to the positive development of cryptocurrency in general. The main goal of Litecoin developers is the complete interchangeability of coins. In other words, coins from a private cryptocurrency blockchain should have the same value as from an open one. There should be no banned, black, or sanctioned addresses that are banned by exchanges. This can only be achieved by introducing anonymous payments. Using them, Litecoin will become censorship resistant.