Main / Articles / Why is it profitable to exchange bitcoins for cash USD?

Why is it profitable to exchange bitcoins for cash USD? 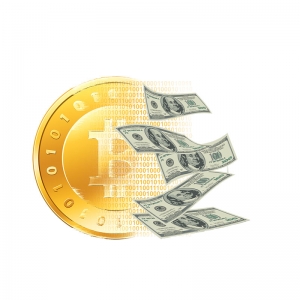 World and Ukrainian analysts unanimously reiterate - bitcoin is weakening, its strong fluctuations could not remain invisible to most cryptocurrency holders and manufacturers. The sharp jumps directly affected the citizens' desire to exchange bitcoin for USD, and with the receipt of only cash US dollars. And there are several reasons for this, which lie in our mentality and banking restrictions.

What does the cryptocurrency market promise tomorrow?

Let's get back to economic everyday life - today, according to the CoinMarketCap currency exchange, the average market rate for Bitcoin is 23177.63 USD. The economic condition of Ukraine plays a role, which in the first half of this year attracted a large amount of foreign currency investment. And then there was a big surprise - the US dollar fell in price, which differed in exchange rates above the psychological mark of 27 hryvnia for 1 USD for several years.

And this is one of the main reasons for the increased desire of Ukrainians to sell bitcoin for cash USD without attracting a bank.
The second relates to the peculiarities of banking services - residents of Ukraine cannot freely open foreign currency accounts without explanation with fiscal authorities. This position of financial institutions is unprofitable and uninteresting to most developers, designers and other freelancers who receive remuneration from foreign customers.

Now there are some statistics that directly affect the desire of Ukrainians to make bitcoin to USD exchange: But let's not exaggerate - experts are unanimous in the opinion that the collapse of 2019 will lead to a sharp increase in the value of cryptocurrency in the future, which will provoke a decrease in demand for bitcoin dollar exchange. So, Tim Draper, a venture investor in digital currency analysis, predicted a 1983% appreciation by 2023. In digital terms, this is approximately 250 thousand US dollars for 1 bitcoin, and such a rate will be relevant in the first quarter of this year.

Bitcoin to USD exchange in Ukraine - local mentality and cryptocurrency

Now let us return directly to the Ukrainians - the lack of special popularity of digital currency in Ukrainian jurisdiction is due to the great distrust of citizens in unfamiliar money and vaults. For example, more than 60% of Ukrainian people are not even approximately familiar with electronic money, not to mention crypto.

Therefore, btc to dollars in Ukraine change almost immediately after they arrive on the account in the form of payment for a certain work. Regarding the IT sector, here are more calm and confident employees who are oriented in digital and other money. But there remain less knowledgeable categories of freelancers - copywriters, designers, layout designers and others who receive payment in bitcoins. More often than not, they want to get rid of unfamiliar money and calmly “sleep on their dollars”.

Therefore, it is not surprising that the desire to sell bitcoin for cash in Ukraine in the first place - since Soviet times, people prefer to keep money in a tangible way. It will be difficult to predict whether Ukrainians will begin to get acquainted with cryptocurrency and its features closer.