Main / Articles / USDT will be supported only on ERC20

USDT will be supported only on ERC20 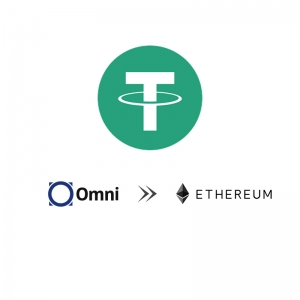 Cryptocurrency Tether https://casherbox.com/en/articles/tether-usd/ announced the final move to the Ethereum blockchain.
Over the past day, 200 million USDT tokens have been created on the ERC 20 platform.

This news did not affect the exchange rate of bitcoin and other cryptocurrencies in any way. USDt transactions go through as usual. The USDT exchange rate in comparison with other stablecoins also did not sag and is approximately 1: 1 to TUSD and the dollar.

What is the difference between USDT Omni and USDT ERC20?

Tether ERC20 is a token issued on the Ethereum blockchain.

Tokens issued on different platforms use a different address format and cannot be used interchangeably.

To support all addresses, a sequential and final complete transition is made only to ERC 20 format tokens.

The movement to the ERC20 platform helped to accelerate the transactions speed in the network and reduce the fees for transferring a teaser between accounts. This is primarily due to the reduced block mining time (for Ethereum it is about 18 seconds, compared to 11 minutes of the Bitcoin blockchain). Also, switching to Ethereum has made smaller USDt transfers more accessible. Commissions start at 25 cents per transaction. On the Omni platform, these transfers were sometimes unprofitable or took a very long time.

Our cryptocurrency exchange also switched to support Tether ERC20. Now it’s possible to sell usdt for cash only released on this platform. The purchase and sale of USDT Omni has been suspended.

Recall that previously Tether has repeatedly been accused of issuing coins that are not really backed by fiat money. However, the company repelled all these attacks, and also took countermeasures - sued for denigrating its reputation. It is worth noting that the court process regarding the manipulation of Tether and Bitfinex with the exchange rate of Bitcoin and other cryptocurrencies through the issue of unsupported tokens in the fall of 2017 has not yet been completed. Also, the head of Tether did not allow third-party auditors. Under various pretexts, an audit of USDT financial assets has not been carried out to this day.

It is extremely cautious to treat these tokens and not to store them without special need.