Main / Articles / Is it worth waiting for the growth of Bitcoin?

Is it worth waiting for the growth of Bitcoin? 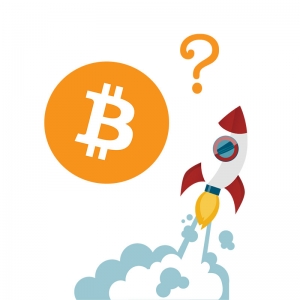 After at the end of 2017, Bitcoin soared to an incredible mark of 20 thousand dollars, the following years were marked by its equally striking decline. Projections for the future course of this digital coin are extremely controversial. Many people are interested in how to sell bitcoin in order to get real money and no longer depend on changes in rates. More restrained investors are waiting for the right moment and hope to see active market growth again.

What is the experts forecast?

In general, crypto enthusiasts are very positive. According to qualified investors and experts, after a rapid growth a year and a half ago, in any case, a strong correction should have taken place. As an example, the price behavior of 2014 is given in the hope that a repeat of the situation should be expected soon. Many cryptocurrency companies around the world are operating as usual, no one is going to close their business, therefore, investors and active miners can focus their attention on the giants in the modern digital industry. Bitcoin exchange CasherBox continues to be popular in buying Bitcoin, so interest in cryptocurrency remains at the same level.

More and more experts believe that in 2019 a new leap should be expected and the growth process itself should start very soon. So, there is the following opinion: in 2019, the possible trading instruments by type of futures, options and ETF will be greatly expanded. This, in turn, will have a positive impact on the development of Bitcoin.

Wall Street financial analyst Ronnie Moas also expressed his opinion. According to him, Bitcoin will soon grow, as large trading volumes are now visible on the exchanges, interest continues to appear in the largest companies in cryptocurrency, and crypto-money is gradually spreading in the society. Everyday BTC trading volume increases and updating historical maximum.

Constant jumps of the BTC rate to one and the other side make many people take interest in where to buy Bitcoin, in order to win on such fluctuations as a result. The digital coin has repeatedly proved that it can not only grow rapidly, but also to fall. This is not about the most stable asset for stock speculation.

Since BTC has become the very first cryptocurrency, it is characterized by a number of fundamental flaws, which simply cannot be eliminated due to the specifics of the system as a whole. So, many people complain about the low bandwidth of the network, which increases the commission to speed up transactions. That is why some users are gradually switching to other electronic money, which is definitely not the best way for Bitcoin. Some are interested in how to convert Bitcoin into dollars, while others exchange for Ethereum, Ripple and coins of other BTC competitors. What will happen in the future - only time will tell, but on the whole, the crypto community is positive.
go to articles list