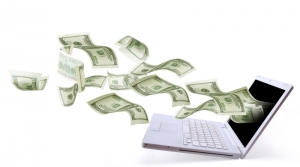 I think it is no secret the most people who earning e-currencies, somehow face the need of its cashout. In most cases is nothing wrong with it. You just pay some small fee for exchange or spend some % on exchange rate. It’s normal but recently, a very wide variety of earnings on exchange scheme spread over the Internet.

The scheme provides you with limitless earnings on which you can exchange e-currency with one exchanger at a lower promotional rate, citing various pretexts possible. Then you most likely be offered or subtly hint that the other exchanger can sell the e-currency with more than it was purchased.

Theoretically, such a situation may occur, but in most cases any exchanger site adminimstrator constantly monitors other services for the relevance of its policy and the Commission. No one works with loss. On the other hand, it is naive to think someone has found a gold mine, and immediately ran to the forums to write it for everyone. Most likely, the"dude" has friends with a great reputation on the same site will tell how much they have earned on the scheme. Thinking logically need to understand if someone earns, there is the one who loses, and such earnings may be very limited and even if there was such a scheme, it would closed down in minutes, not to mention the fact that someone somewhere could write about it.

Earning on Exchange Rates. A Myth or Reality?

From theory to practice proceed. To answer the question whether it is possible such a situation, ask yourself the question of the possibility of earning on such things outside in real life. Surely in any exchanger you’ll not find an opportunity to make it a reality. If you take online money exchanger, then there is still much more complicated. Exchange rates are always monitored and constantly updated. Such a situation that you earn on this may not be a 100%.

If you still want to experiment in this direction, you can just as well play roulette or give the money to help people in need and the homeless, as for sure you’ll not succeed. This is pure scam. The whole point of the scheme you just dissolve one of the e-currency exchange. Most likely one of the exchangers sites will be normal, and the other proposed by the scammers, fake website created by the same people. You’ll exchange your money in a single exchanger, and the other will eat your money without replying or tell your money is coming soon, or something different. But the only thing in the scheme is to take your money.

We highly recommend to use proven online money exchangers, and do not try to carry out on such type of scam tricks.